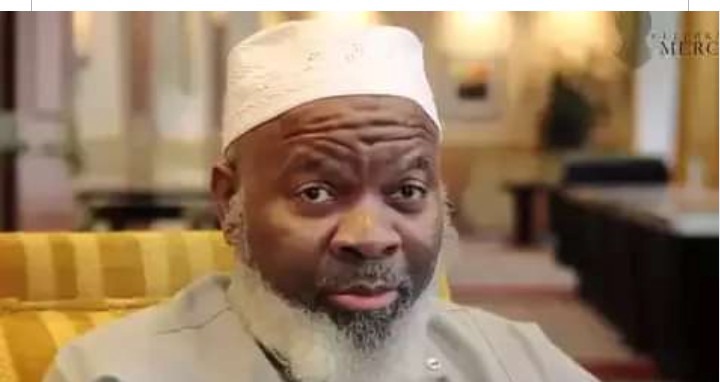 According to Siraj Wahhaj in a video he said the Muslims believe Jesus is the Messiah, he is referred to as Al-Masih in the Quran.

Jesus is referred to eleven times in the Quran with the title Al-Masih, no other prophet is called that. He went on to explain that Christ means “The Anointed” which is where the Christians derive their name from.

Siraj added that a messiah is to bring peace to all, this is one of the reasons most Muslims find it difficult to accept him as the Messiah. He therefore admonished all to embrace peace as we all serve one God.

He added that “Jesus is the Sign of the hour” , after confirming that God could do whatever pleases Him, hence God saved Jesus in a special way by raising Him up from the dead and took him to heaven, while he allowed some other prophets to be beheaded e.g John the baptist.

Siraj in his teaching continued by saying “Judgement day will not happen until there are some signs, and one of the signs is the return of Jesus, because Jesus has to come to fulfill his Messiaship as he will be a just ruler to all. We are not hiding it, we believe in Jesus.

Read Also
Evang. Mike Bamiloye Reveals Some Ways By Which People Tempt God- Check Out Some Of The Things He Said

He concluded by saying, “Jesus, (Peace and Blessing be upon him) will bring about justice on this earth when he comes the second time. He added while concluding that ad-Dajjal (anti-christ) is real in the Quran and the only person that can bring and end to this is Jesus.

My Passion for The Gospel bought about this great Platform.. I love to share the Good News. That's my PASSION. I don't believe the Gospel should be boring. Nobelie is so exclusive. You won't find what we offer any where else. You ask a friend.
About Fsharp 1429 Articles
Fsharp is an enthusiastic writer, An actor and a lover of sport. Connect @topefelix7@gmail.com